I’m often asked how I got into Mountain Running so here’s the story. Back as a teenager I remember seeing a programme on EuroSport TV about an Italian athlete who was streets ahead of the competition in some mountain running race. A race across mountains! I thought it looked like one of the hardest things I had ever seen a person do…and sooo cool! As a child on car trips I always imagined what it was like at the top of the mountains we passed by. I was quite fascinated to look at them but never had the inclination to ask someone to take me up them.

Dipping my toe in

In 2006 I was still playing hockey for Glenanne HC, training twice a week with a match or two on the weekends. It was what I considered ‘a lot’ of training at the time. How little did I know! I loved the physical aspect of hockey and enjoyed all the physical training and was one of the fittest in the club, continuously scoring high in the fitness tests. I was probably one of the only players to relish pre-season training and I loved that it was a level playing ground with the other players in the club. With fitness you didn’t have to rely on skill, technical ability, or your teammates, it was a case of you put in the hard work and you got stronger and faster. Now in a team sport like hockey you also need to be able to string all those other skills together as well as have a great team to do well. As part of my own training I used to do a few 20 min runs around Tallaght but like most beginners I went all out for these runs and only cared about getting my times down. There was no rhyme or reason to my training.

In 2006 my buddy, who was in the Irish Army, gave me a phone call and said he was training for a special course. I subsequently found out it was a selection course for the Irish Army Ranger Wing (‘The Wing’) which are the special operations force of the Irish Defence Forces. This is a serious challenge, the selection process is gruelling and the dropout level is 85%~ for the first stage of physical training and a further 5% or more don’t make it through the later skill stages. 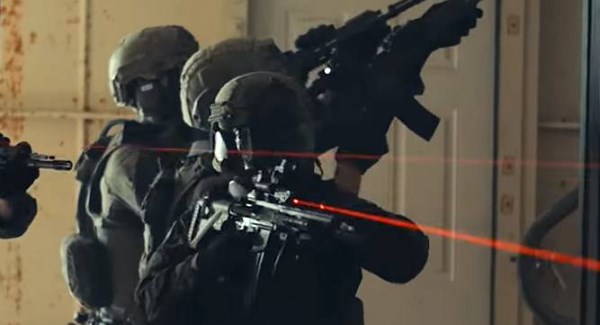 Him: Jay, I’m training for a special selection course and I’m going to run up a mountain, do you want to come along?

JK: You’re going to do what?

Him: Run up a mountain. One of the ones you can see from your Gaf. You coming?

As part of his six months of physical preparation he was going to do a few runs up to Fairy Castle from Kilmashogue car park in the Dublin mountains.

Head for the hills

So one summer evening we found our way to Kilmashogue car park and we set off running up the mountain. I had never been out and about in the Dublin mountains except in a car and some scout trips many years ago, so I was in very unfamiliar territory. After about 20 mins of crawling uphill I couldn’t believe the views of the city and we weren’t even near the top yet. We took some trails that aren’t well used anymore and when we got close to the top our competitive nature kicked in and we both sprinted for the summit (I won of course!). A beautiful windless evening at the top of Dublin we drank in the stunning scenery and pointed out where our houses were and various other landmarks in the city.

But it got even better, we still had the downhill to come. I found that I was a natural on the downhill and didn’t have any fear, it was such an adrenaline rush, like nothing I’d experienced before. Myself and my mate, both 26 years old, carefree and running like we were kids. All in all we must have ran about 9km the first time. We agreed to do it again and I think we went about three or four times together. He was also the first person to teach me about eating protein after training sharing a bag of nuts with me. 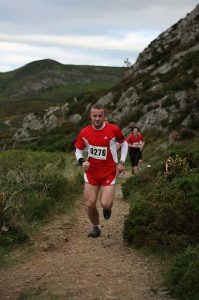 Running in the mountains was like a drug and a new world had been opened up to me, one that’s taken me around the country and the world. So a few week on and I arranged for another run but he couldn’t make it so off I went by myself. I’d usually then head off to hockey training for two hours afterwards. I was getting spectacularly fit after about eight weeks of this type of training.

I remember one run I was pounding down the fire roads (I was once a heel striker too!) and thinking to myself: “Is there any other mad fools out there who enjoy this type of running??” A quick google search and I came across the Irish Mountain Running Association www.imra.ie and I realised there were plenty of other fools like me out there!

It wasn’t until the following year 2007 that I did my first IMRA race and I’ll always remember meeting Dermot Murphy who was IMRA president at the time (I think) . He was a small serious looking guy and he looked like he was a mean runner to boot. Dermot eyed me up and down and realised I hadn’t a clue about running or entering a race. I thought to myself, “Jason what the hell are you doing here! Prepare to fail miserably!'”. Then Dermot cracked a smile and made me feel very welcome and got me ready to enter my first race. You can see me here running in my second race on Bray Head. Overweight and suffering badly from a stitch from the massive chicken pasta carvery I ate three hours early ‘for energy’!

Well you gotta start the journey somewhere. Little did I know when starting out that I would have such competitive success on the mountains. I think the wakeup call was from my first coach who I solicited advice from shortly after starting. When I said I could dedicate maybe 4 days a week to training at a push he replied:

You need to work towards training 5-7 times a week, 3 days off is essentially three too many!

Yes sir! That was too much guilt to handle as I certainly wasn’t afraid of hard work so I then started training 7 days a week! My physique is a bit different these days after losing around 10kg! I still train hard but it’s only in recent years my current coach Rene Borg has talked me down from that ledge and would write with a smiley face “It’s OK to take a day off if your not feeling it Jason. So what if Arthur Lydiard would say you’re soft!”.

I got into running for the adventures but I think I stayed because of the great friends I made through my running club Crusaders A/C who were very active in the IMRA scene at the time and really encouraging. Now I try my best to encourage the club out into the hills and I’m happy to say they are competitive once they get out there. Especially in the Wicklow Way Relay which I’m involved in organising. 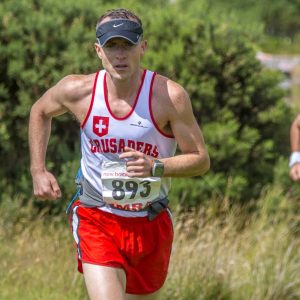 Later in the summer of 2006 my buddy was getting ready for the selection course and the day of the course he strained his back while lifting his 30KG combat pack down the stairs to the car! He lasted three days and then had to quit due to the severe back pain. Thinking about it now I could have had him back on his feet in a few hours with some descent Physical Therapy. Unfortunately he was only offered cortisone injections at the time. The good news is that he redoubled his efforts and he made selection the following year. From the stories I’ve heard and from another friend and client of mine who is ex-Ranger Wing, those guys are seriously tough! He’s now one of the best professional soldiers in the country and ‘The Wing’ are among the best in the world! A fact I don’t think the Irish public really know about the Irish Ranger Wing.

I’m very proud of him…but we haven’t run together since 2006! Have we buddy?!